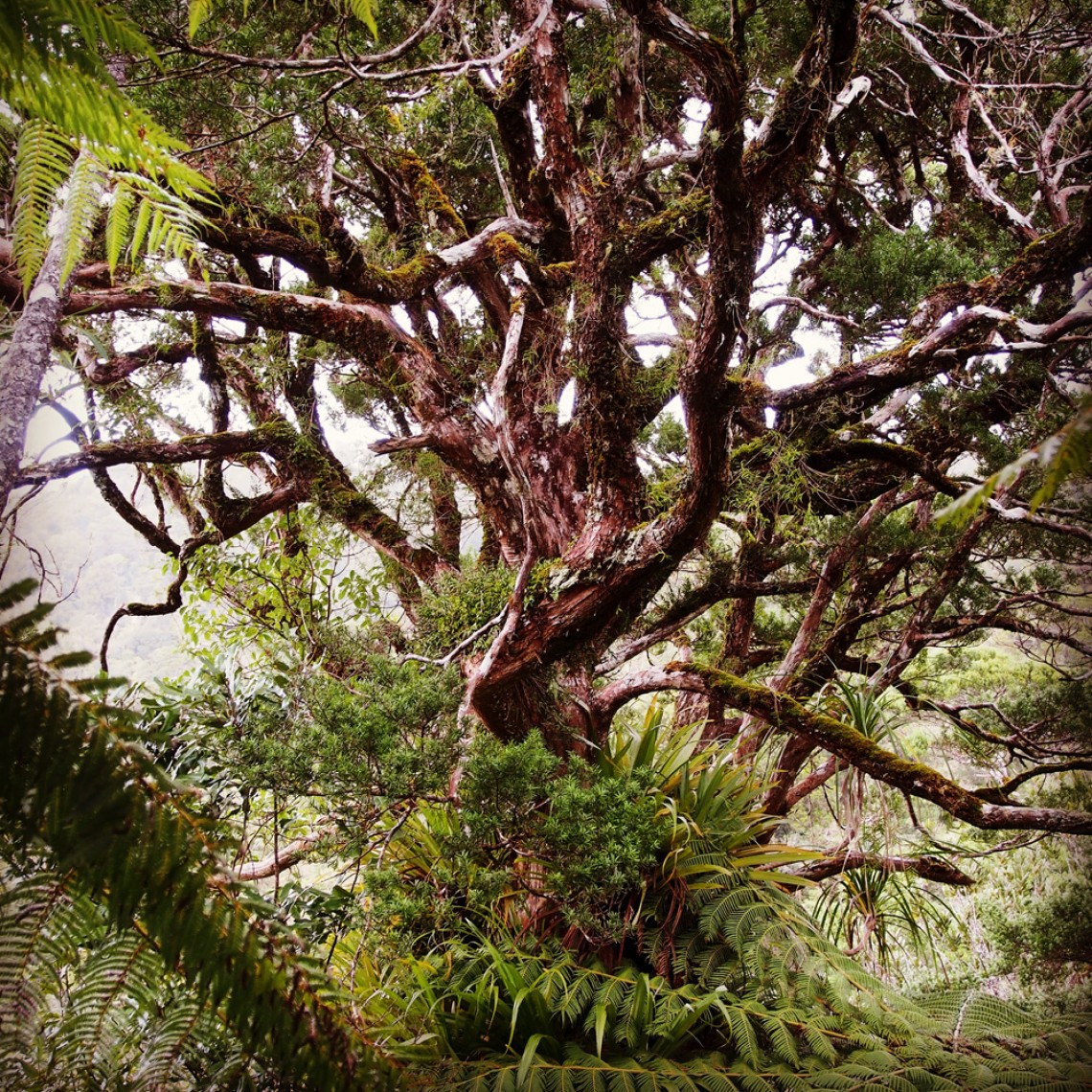 Carolina Lara is a PhD student at the University of Auckland. Part of her research involves sampling tōtara tree (Podocarpus totara) leaves to conduct genetic analysis. By extracting the DNA from the leaves and then using a genetic technique called “parentage analysis” she will be able to understand the long-distance dispersal patterns of tōtara and which trees are related, in other words finding who is the parent tree of a young individual (s). She conducted this research at four urban forest fragments in Albany, Auckland. Carolina needed assistance to climb some of the taller trees reaching up to 20 m, so she contacted Fredrik at The Living Tree Company. 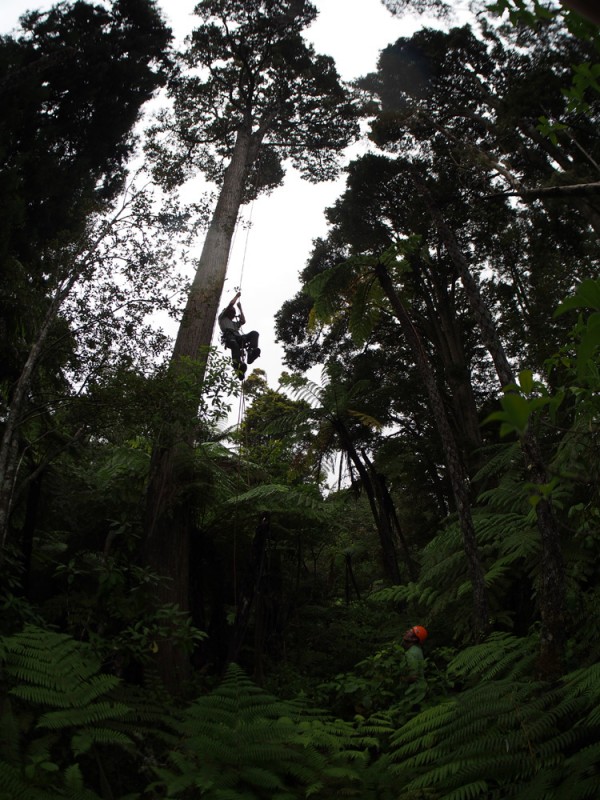 Tōtara is a conifer of the family podocarps and is endemic to New Zealand. Tōtara may be known as a medium sized tree but can gain respectable size, like the Pouakani Tree, near Pureora in the central North Island, which is over 35 meters tall and nearly 4 meters in trunk diameter at chest height. The durable timber has been sought after, but there are still a lot of beautiful trees out there. 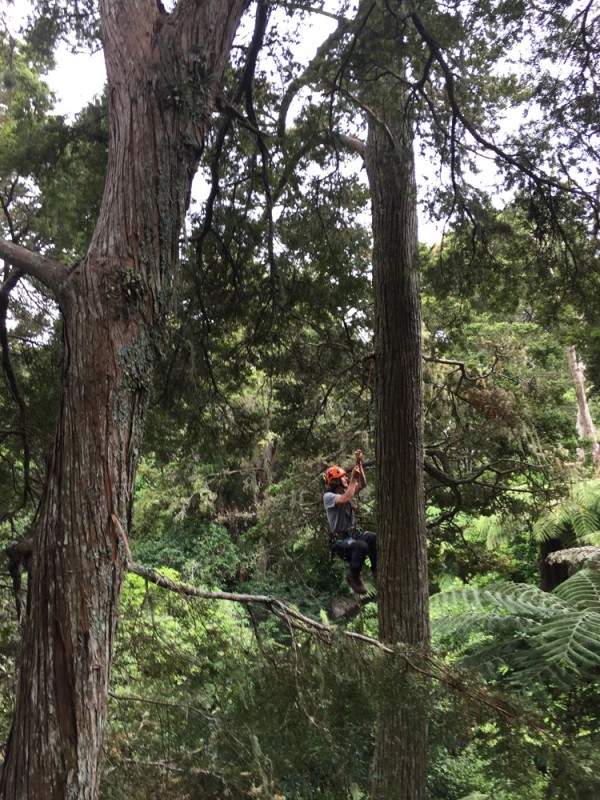 Tōtara is considered a taonga species and it was widely used by  Māori, respected as the noblest tree. A karakia (prayer) was held before felling these trees. The quality of the wood made it perfect for waka (canoe) and house building, and was also used for implements such as adze and traps for pray. The bark was made into woven baskets and its fruit was collected and eaten. Later, the European settlers also used the wood for fence posts and house building as the wood is very durable to moisture. 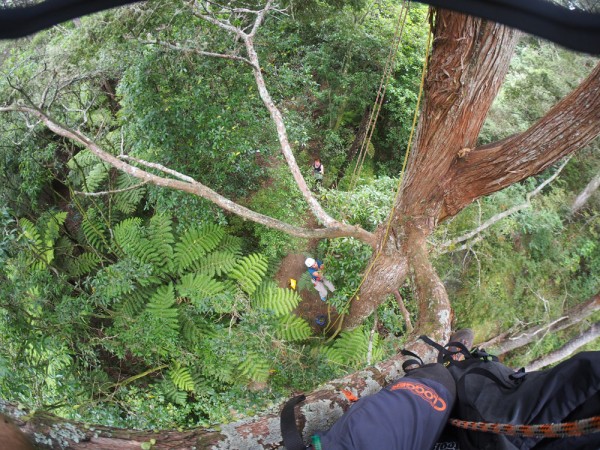 Carolina is collecting the leaf samples from female trees as tōtara is a dioecious species (separate male and female trees). The fruit produced by female trees is red and fleshy and the seed sits on top of the fruit. Tōtara seeds are dispersed by native and exotic frugivorous birds such as kereru, tui, bellbirds, silvereyes and blackbirds. Some other birds like rosellas do not swallow the seed and just pick away at the fruit predating the seeds, and this steps away from the evolutionary mutualistic bird-plant relationship that promotes seed dispersal and coexistence of species. 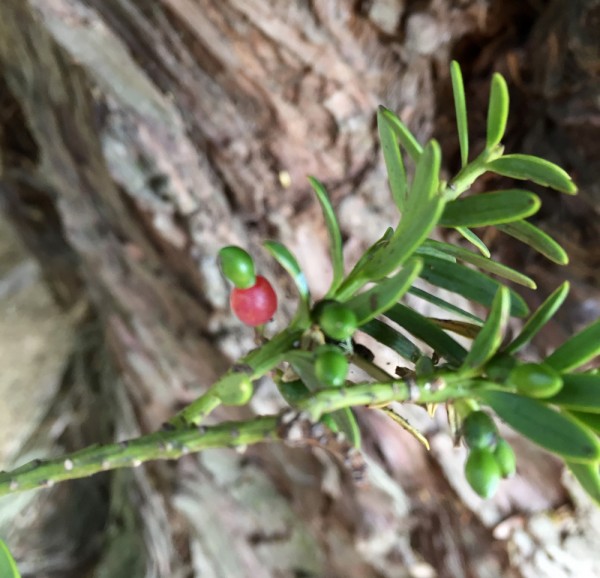 We had three climbers working through the canopy over two days. When climbing old grove native trees, it is hugely important to have a good knowledge of epiphytes and other lifeforms in the trees to ensure you do not negatively impact on the biodiversity. Our procedures that featuring sterilizing of equipment to make sure we are not introducing unwanted plant material, diseases or pests. 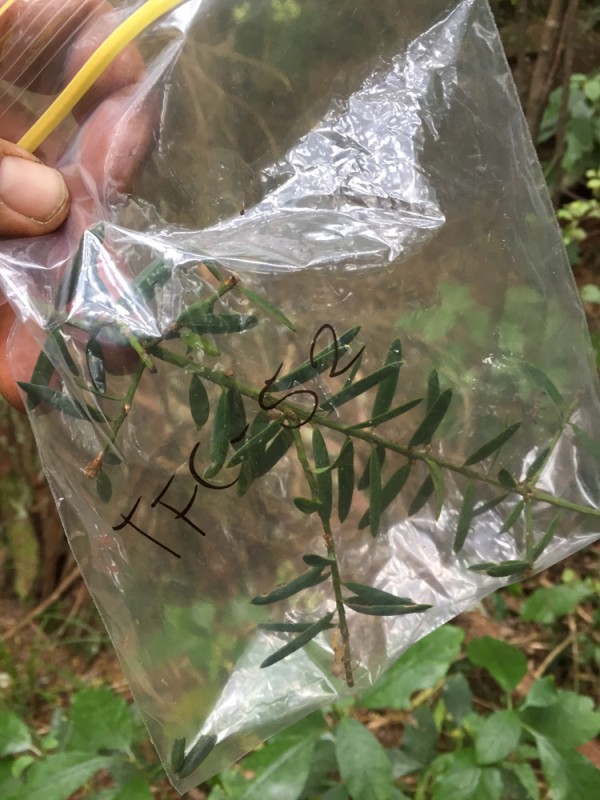 When sampling the tōtara leaves we had to follow strict hygiene protocols to prevent DNA contamination that could negatively interfere with the results obtained. Carolina’s team made sure all equipment was sterile before taking a sample. In the field, leaf tissue was kept in individual sealed plastic bags with a wet tissue inside to prevent moisture loss. After arrival at the laboratory, samples were frozen in liquid nitrogen and stored at -80˚C prior to DNA extraction. 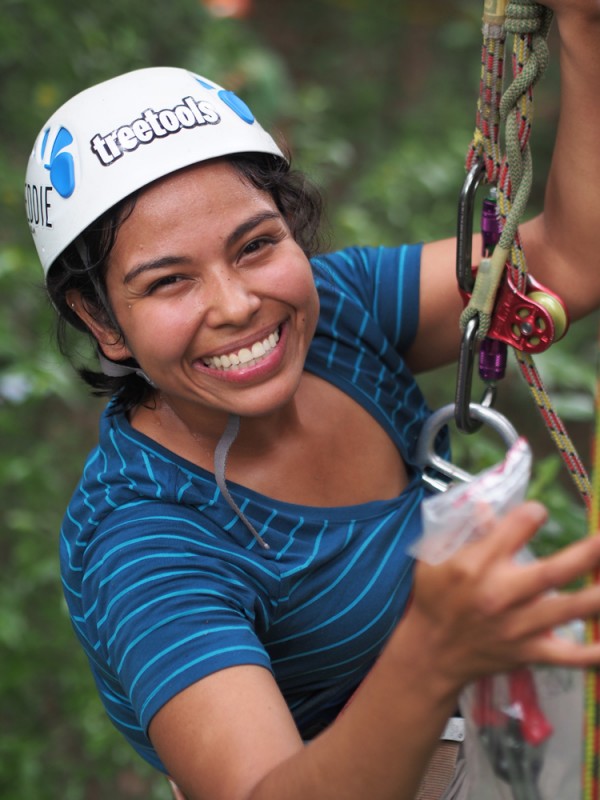 Carolinas is hoping to determine the spatial extent of long-distance seed dispersal of the fleshy-fruited native tōtara (Podocarpus totara) and see how the species has been coping with habitat fragmentation. 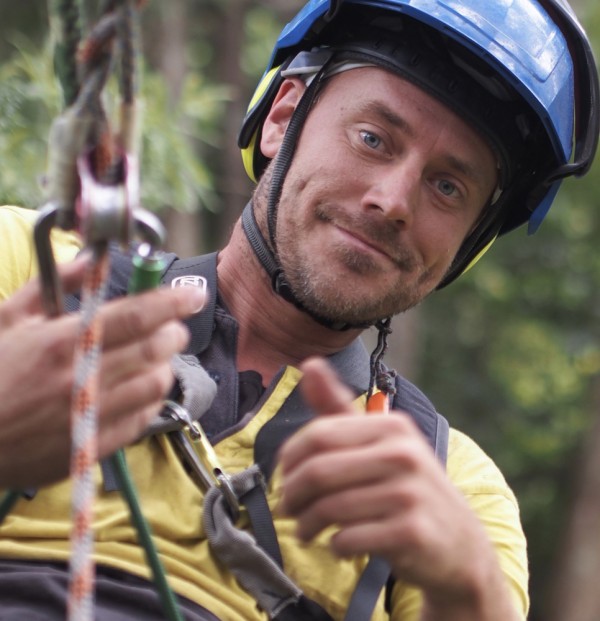 Posted 5 years ago by Default Admin