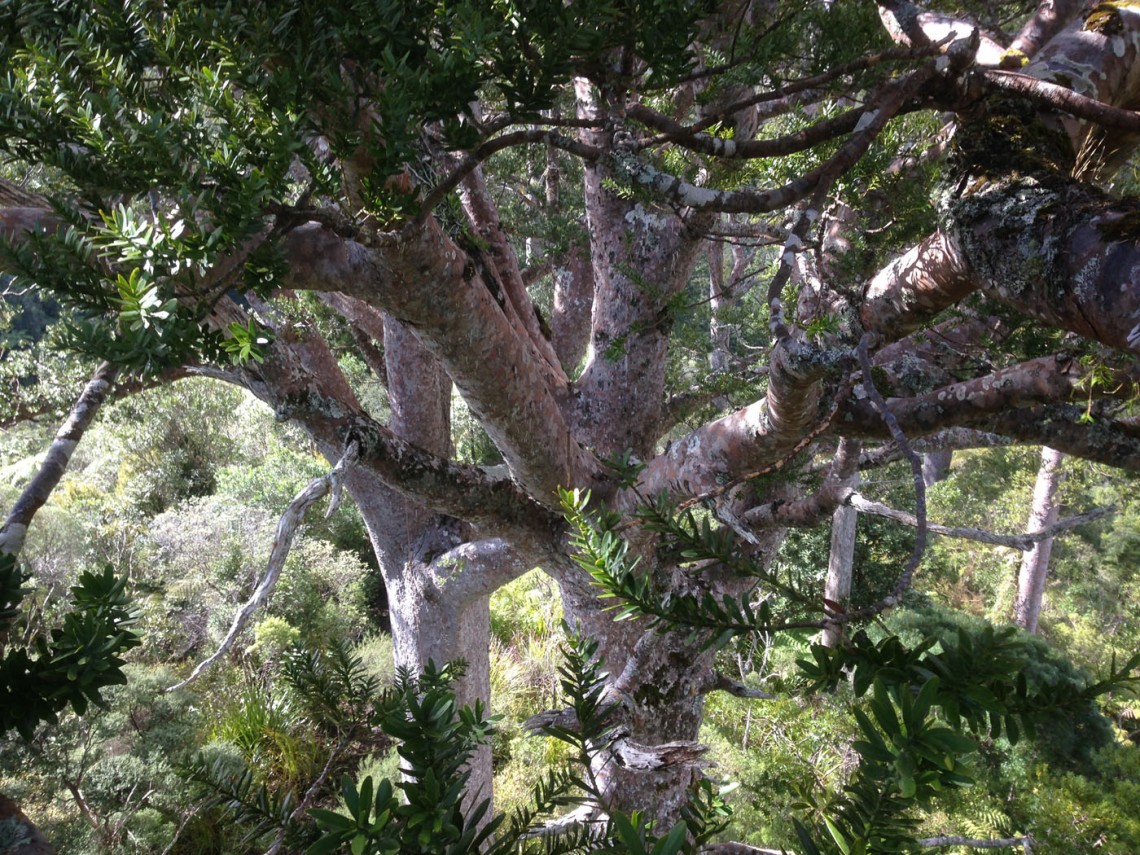 We were recently asked to be part of a research project for Auckland Botanical Gardens (ABG), who are working on a positive biological control agent for Kauri dieback Phytophthora agathidicida. Kauri dieback is host-specific to NZ Kauri trees. It kills everything from seedlings to giant trees and spreads through soil moisture and soil movement. 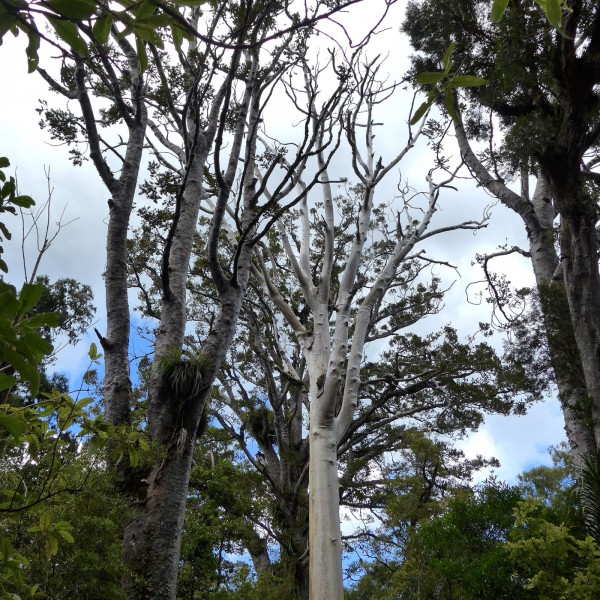 Kauri dieback can be disastrous for the majestic New Zealand Kauri Agates australis. Kauri is one of the oldest trees in the world on the evolutionary scale – 160–190 million years old. The Kauri we have is endemic to New Zealand, meaning it does not exist anywhere else. It has had a hard time in New Zealand due to over-logging. Between 97 and 99% is believed to have been felled. Kauri is truly one of the world’s most remarkable trees, becoming one of the largest and oldest tree species on this planet, and its forests create an ancient ecosystem that is not seen anywhere else. 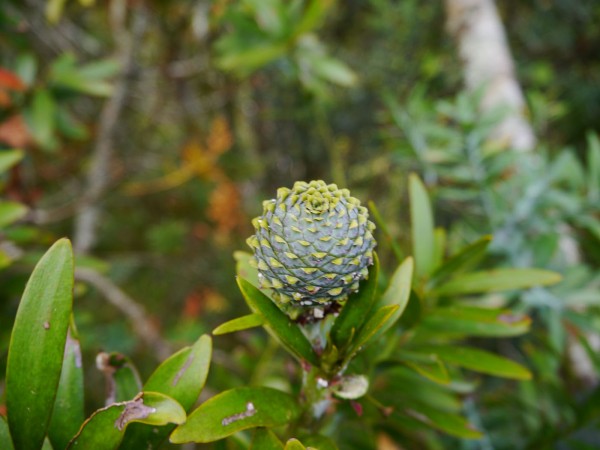 Kauri have two cones – the male cone (or pollen cone), which is rod shaped, and the female cone, a seed cone shaped like a ball. The seed cone contains up to 120 seeds of 6–8mm, each with little wings. The wings assist the seed in flying on the wind, similar to a helicopter rotator blade. These tiny light seeds can easily travel up to 150m away from the base of the tree. 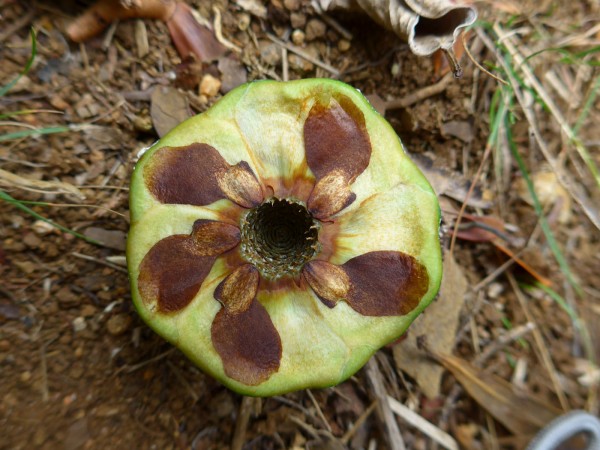 ABG is raising seedlings from the seeds we collected, in a controlled nursery environment with high levels of hygiene to prevent contamination. These seedlings will be infected with the Kauri dieback disease and then treated with different biological control agents, such as the trichoderma used in commercial horticulture around the world. 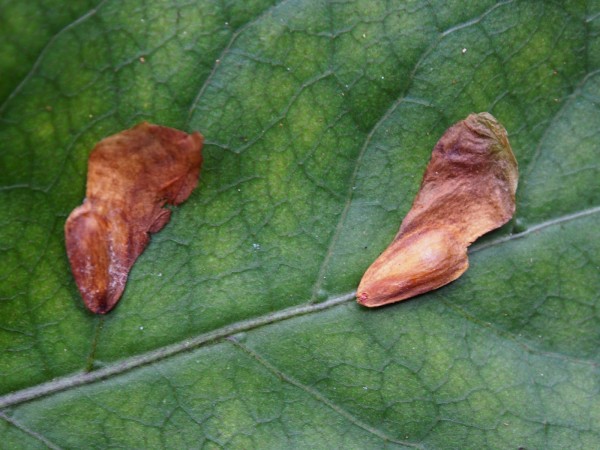 To collect the cones, ABG needed tree climbers so they called on Fredrik Hjelm from The Living Tree Company. Fredrik has worked extensively with Kauri dieback, leading large ground surveys and canopy research and also working on many different cone and seed-collecting projects, from 70m Douglas firs and Redwoods to 2000-year-old Kauri. 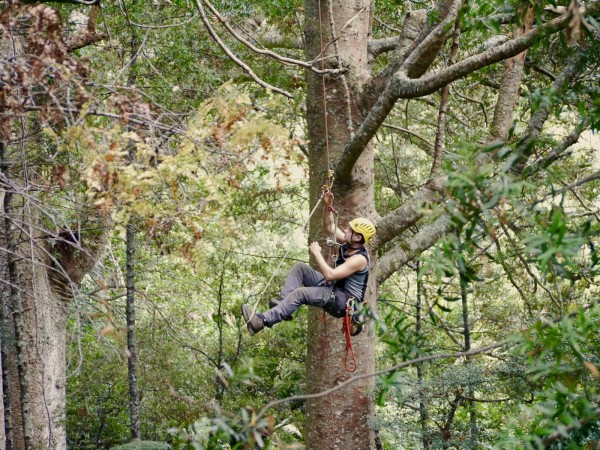 The cones were collected in disease-free Kauri forest. It is extremely important to follow the correct hygiene protocols when climbing in old groves, especially in a sensitive subtropical rainforest such as the Kauri and podocarp forests of New Zealand. We took great care and sterilised all climbing gear to not introduce any disease, unwanted plant materials or soil. 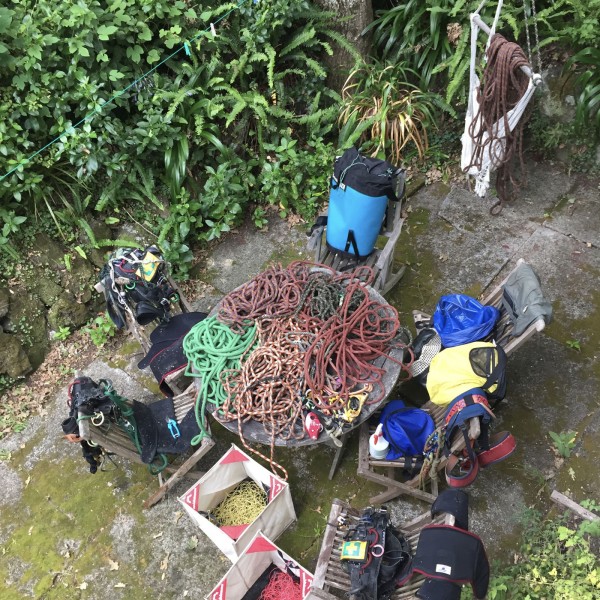 We took great care to not damage the trees or any lifeforms within them. Using modern climbing techniques allows us to assess and move around the canopy in a non-invasive manner. 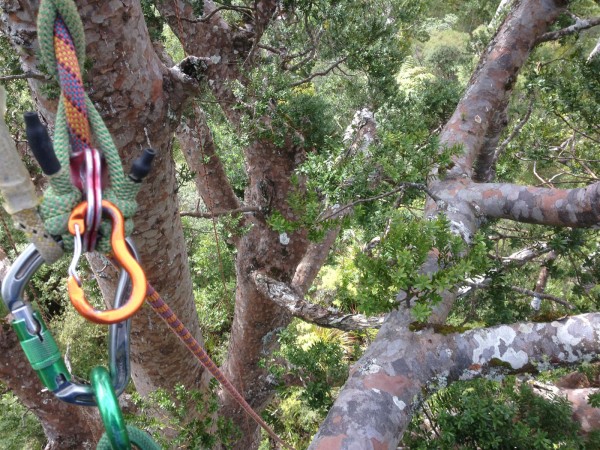 By participating in these projects, we hope that our contribution will lead to some advance in the fight against Kauri dieback. There are a lot of good projects going on to slow the spread and research that aims to find a cure for the disease. To find out more about the disease and what you can do to prevent its spread, have a look at the Kauri dieback website or Kauri rescue, another of the good initiatives starting up. 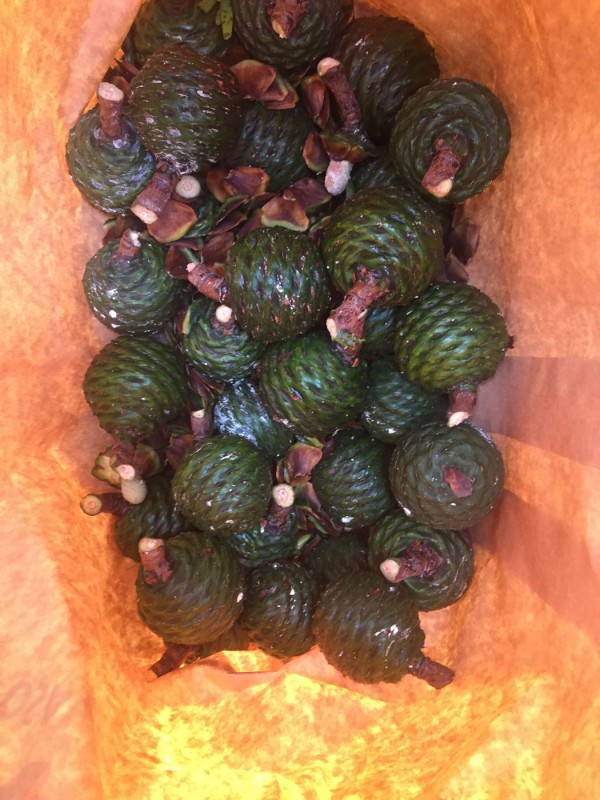 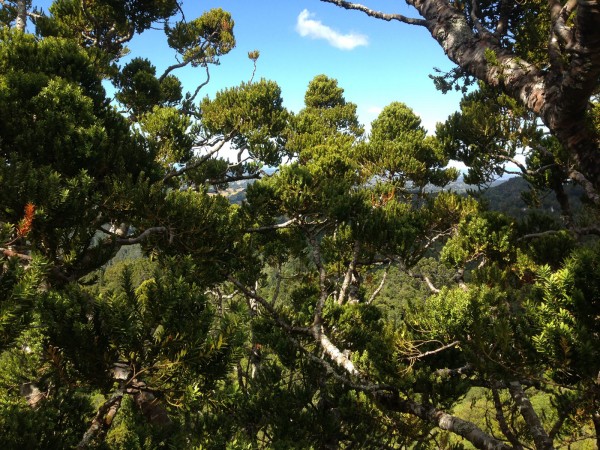 Posted 3 years ago by Default Admin